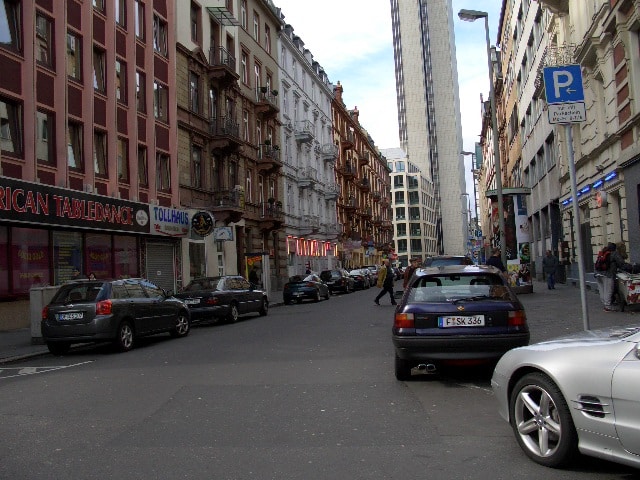 While chatting with an old friend the other day about my stay in Germany I was asked “Isn’t it weird driving on the left side of the road all the time?” Trying not to laugh I informed him that it is not weird because I do not drive on the left side of the road. This inspired me to right this article and hopefully shed some light on the ‘Basics’ of driving in Germany.

I will start off with some ‘common sense’ information like your drivers license. Of course if you are not a German citizen your drivers license may not authorize you to drive in Germany. You will need to contact your local license branch (BMV) and find out the steps you need to take to receive an international drivers license. I have not personally done this because I have a European military drivers license but from what I have heard it is not too hard to do or terribly costly.

Next of course is having a car to drive when you arrive in Germany. This is pretty obvious. Coordinate with any INTERNATIONAL car rental service and they can have a car ready and waiting for you at your arrival city. Another option is to rent the car in Germany, which is a pretty easy process as well. Most service representatives speak English and will be happy to help you out.

Now you will need to know the ‘meat and potatoes’ of driving in Germany, the traffic laws. If you are an American, or have driven in the U.S., you will find that driving in Germany is not much different. Without telling you every single travel law written in Germany, I will try to shed some light on some of the major differences:

Traffic lights: When pulling up to a traffic light you will notice that unlike the U.S. traffic lights which go from green to yellow to red and then directly back to green, German traffic lights will go from red to yellow and then green. This is nothing to worry about. I guess they just want to make sure you have it in gear and your ready to take off. The second thing, but extremely more important, is the ‘right on red’ rule we have in the U.S. This rule DOES NOT EXIST in Germany. If you try to make a right turn when the traffic light is red you may find yourself in a lot of pain and in a major lawsuit.

Autobahn: If you are thinking that the autobahn is the paradise for people with a lead foot you may end up with a speeding ticket. Although there are some stretches of the autobahn that have no speed limit there is a recommended speed limit of 120 kilometers per hour that you should obey. Granted, most do exceed this speed recommendation but now you know you CAN be ticketed.

Accidents: If you are the first on the seen of an accident in which someone has been injured you are required by law to provide assistance. Whether you simply stop and call an ambulance (112) not (911), or you provide medical aid, you must do something to help the casualty.

Where is Ausfahrt Germany? No Ausfahrt is not a city that seems to pop up everywhere you go. Ausfahrt is the German word for exit.