Walk in the past in the wonderful town of Ulm, the gem of the southern state of German. The city a destination that filled the façade of medieval and early Renaissance infrastructures and sceneries to behold.

It is a great place to experience and see a town that looks like it is stopped in time, from its churches, streets, and ambiance, a timeless beauty that you should not miss!

Ulm is an ideal destination comprised of tons of wonderful attractions.

Here’s the list of the best ad incredible spot to visit when spending your vacation in the charming town of Ulm.

List of the best things to do in Ulm, Germany 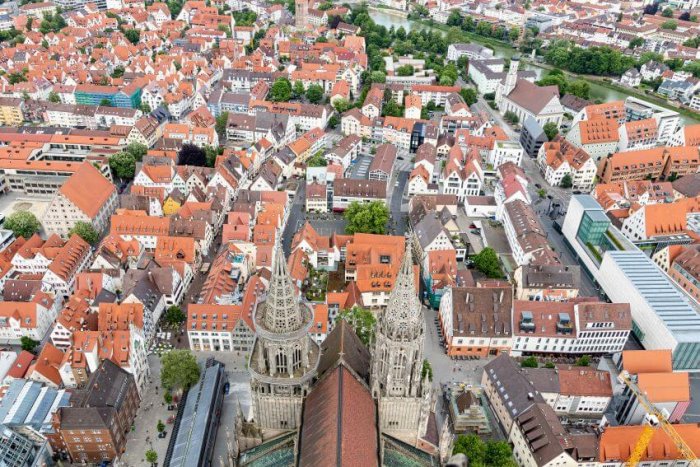 The Metzgerturm is a historical tower situate in Ulm, Germany. Because the tower leans to the North-Western side of the area, it is referred to or also called the leaning tower of Ulm in a bend of 2 meters. The tower was designed in the 14th century and had a length of 36 meters.

Why is the Tower Leaning?

Common sense tells us that the tower leans because it was originally built on growth with the marshy ground. However, a story also is provided by some people of the area as to why there’s a steep in the tower.

The story has it that long since, still in the early years of the tower’s construction, a group of butchers was piling sawdust between the rolls of sausages instead of real meat, perhaps. The people discovered this sickening behavior and had all of the butchers reported to the king.

So, the butchers were locked in the tower while they awaited the king’s verdict. On the day of the kind was going to have them judged, all of the butchers (who really were so chubby) gathered on the part of the tower, due to their weight which quite a hefty mass, the building suffered a great depression that caused it to lean.

O the roof of the tower, you could find beautifully patterned tiles. The tower is a very nice place to take an external, historical photo shot, as no one is allowed to enter inside the tower.

The gate of the tower is another access point into the Old Town. 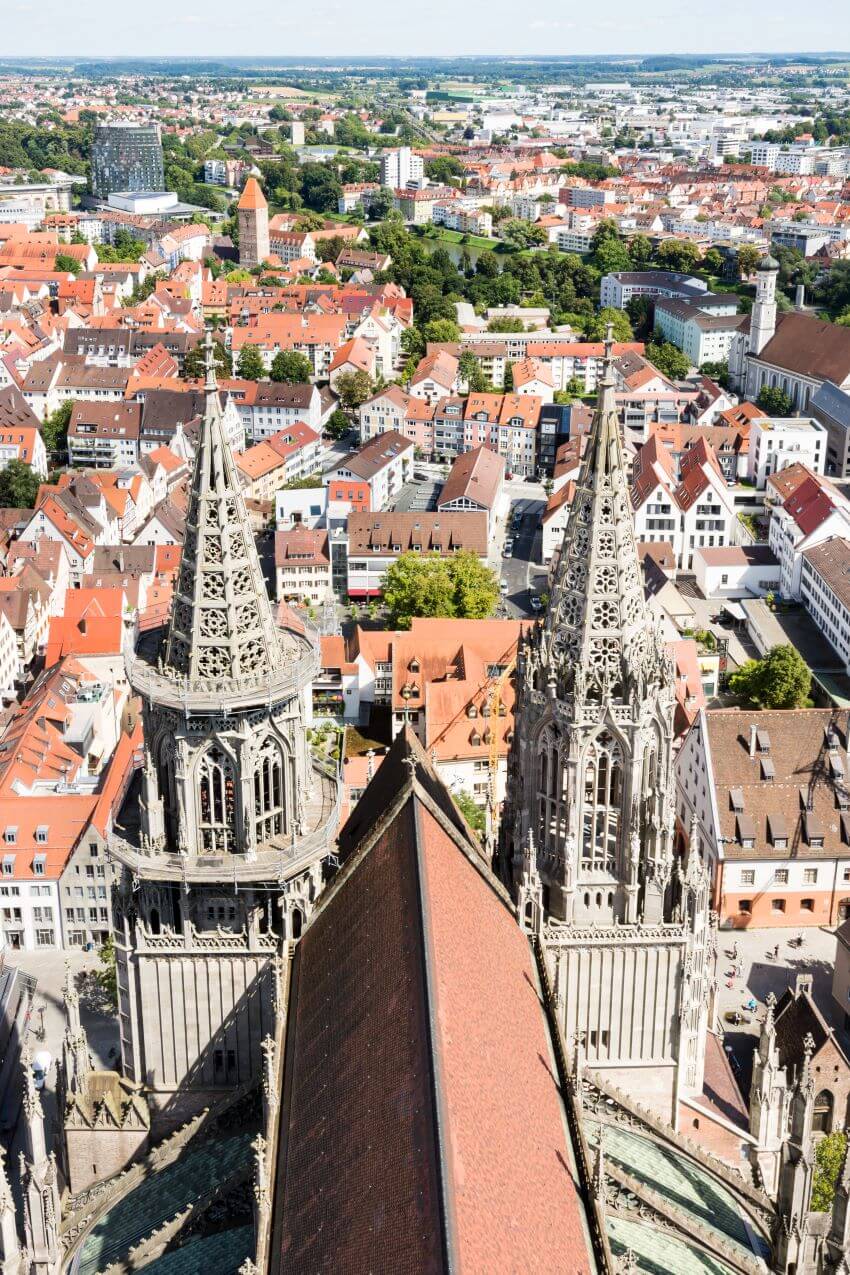 The Ulm City Wall erected in the city of Ulm, Germany, was so done (erected) in the middle of the fifteenth century. It is also called Ulmer Stadtmauer. On the walls of Ulmer Stadtmauer are iron rings pointing in the direction of the Danube river. These rings pointing to the river signify that once was a time when the wall was straight in the river.

There’s a whole lot of beauty to behold from the city walls. One could get to see the city gardens, the ancient and modern houses that glorify the city of Ulm, the meadow of the Danube river, etc.

The Ulm City Walls were built in the year 1480 and were directly constructed over the raging current of the Danube river. Because of this, meadows weren’t noticed at the time. Later, when the river shifted aside from the wall, revealing the rings on the wall (which were particularly designed to moor boats), the meadows resurfaced.

Towers that initially used to be on the walls are no longer there. They are believed to have been taken off following Napoleon’s decree that every fortification on the wall is demolished. The wall, which used to be so thick, was just left a shadow of itself so that it could stand as a blockage against floods that may easily occur as a result of the river very next to the wall.

However, the people have been blamed for the demolition of the wall’s gate. They had instituted a campaign in the 1800s to have the gate brought down, and it’d worked in their own favor.

See Related: Things to Do in Wiesbaden

The river is about 22km long and is positioned left of the Danube. The size of the river basin is four hundred and ninety-nine-kilometer square.

The Blau river flows towards the direction of Ulm, east, and pours itself into the Danube river. Just beside the river, housed houses that look both molded from centuries past and the current century are positioned.

See Related: How to Plan a Trip to Germany 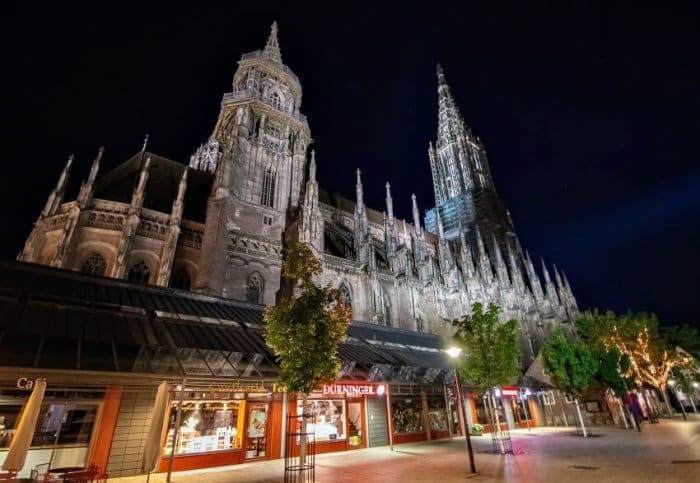 In plain English, Ulmer Münster (which is German) means Ulm Minster. In the entire world, this is the church structure with the highest length. The Ulmer Münster is a Church of the Latheran sitting in Ulm, Baden-Winttemberg Germany.

The Church has a 530ft steeple length. In the former times, the Church building had been occupied by the Catholic Church before it was converted into a Lutheran Church years later.

The Church’s conversion into a Protestant one was because the whole citizens of Ulm who’d built the Church themselves converted to Protestantism during the Reformation course.

The structure is modeled in the Gothic style in the Late Middle Ages. By the late 19th century, the Church’s structure was already completely done with—a matter of many years! The building came on true as a product of love and sacrifice from the members of the body, men, and women who were just civilians.

The then-mayor, King Ludwig, in 1477, laid the first block of the Church building.

It is important to note that disregarding the “bigness” of the Church, it still isn’t yet a cathedral (never even had been), as its bishops live outside of the Church premise.

The second World War that affected the city of Ulm in 1944 didn’t really cause much damage to the building. If this is right to say, the Church has a magnificent, unusual display of furniture and other Church materials, dating back to hundreds of years ago.

What are you favorite things to do in Ulm?